Star Atlas and iBUYPOWER Partner to Onboard Gamers to the Metaverse

The leading Solana metaverse and the leading gaming hardware are partnering on custom hardware, unique giveaways and events

Star Atlas, a next-gen metaverse with triple-A game design and Unreal Engine 5 graphics built on the Solana blockchain, today announced its partnership with iBUYPOWER, a leading manufacturer of custom gaming PCs, and now the official computer hardware provider of Star Atlas. This is the first step in a long-term relationship to onboard new gamers to the metaverse.

"We’re really excited to join forces with iBUYPOWER to accelerate the adoption of web3 gaming,” said Michael Wagner, Co-Founder and CEO of ATMTA, Inc., the principal development studio of Star Atlas. “We recognize there is skepticism amongst gamer communities around web3 gaming, and we’re happy to partner with the leading gaming hardware maker because we understand the needs of traditional gamers. iBUYPOWER builds great products, and we’re thrilled they share our vision and want to introduce their gaming community to the Star Atlas metaverse so they see what the future of gaming looks like."

To celebrate this partnership, iBUYPOWER will be sponsoring the inaugural COPA, the first Star Atlas community event, by giving away a customized Atlas PC for the main competition. More details regarding the competition can be found in Star Atlas’ official social media channels.

Darren Su, Executive Vice President of iBUYPOWER, commented, “We love Michael and his team’s vision for Star Atlas, and we love that they’re focused on supporting their dedicated community. We’re thrilled to be able to power an AAA-quality metaverse on the blockchain, and this is going to be a great opportunity to help onboard our gamers into web3 with a game we know they’ll enjoy. The computers we’re customizing for Star Atlas are out of this world, and they’re going to be a high-power, quality build we know our gamers and Star Atlas fans alike will love.”

Since 1999, iBUYPOWER has embodied its core beliefs of Perseverance, Unity, Strength, and Ambition, to deliver on its promise to build the best gaming systems for the most discerning gamers. Even in a time when PCs were not as ubiquitous as they are today, we fueled the passion for gaming by giving our customers the highest quality in custom built computers. Our systems have since become the backbone for professional gamers, game developers, LAN centers, major esports tournaments, collegiate esports, and everyday consumers. iBUYPOWER has worked intimately with brands such as Intel, NVIDIA, AMD, Microsoft, WD, ASUS, Bethesda, MLG and many more. Superior performance, reliability, cutting edge technology and timely production make iBUYPOWER the authority in PC gaming. 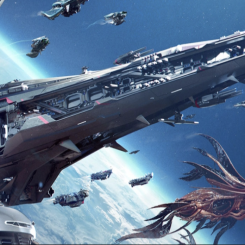