The Star Atlas DAO — The Game of POLIS

By its very nature, Star Atlas is a political game as players, regions, and factions fight for the dominance of the galaxy and its scarce resources. With the Star Atlas DAO, our community will have the institutional infrastructure to determine the universe’s fate. Follow us and learn more about the most dangerous battlefront within Star Atlas.

“Make no mistake, Lieutenant Wenn. Most citizens of the galaxy fear a titan coming to their world. Others fear embargos on their products or taxation in their home systems, creating poverty and famine. Yet, those are only the byproducts of politics in movement. Politics, this is what everyone should worry about.” — A quote from an unknown source about a conversation in the CEO room in ATMTA Industries’ Headquarters

“The long-term vision of Star Atlas is an autonomous, player-owned game, fully controlled and funded by decentralized governance. Therefore, from its early stages, the economy is architected to run through a hierarchy of DAOs (decentralized autonomous organizations), fueled by the governance token (POLIS) and cash flows of ATLAS.” — Star Atlas (whitepaper)

The city rests under the gaze of the sentinels, but the question is, who is watching the watchers? /// Metaverse in Light Speed Expansion /// Immersive Blockchain-Powered UE5 Experience

Star Atlas is all about personal freedom. You are entitled to build your in-game organizations, pursue whatever career you want, and choose wherever you want to go. Yet, as the saying goes, no sapient being is an island; every being is more like a planet — one piece of many making up an entire stellar system.

In other words, all players of Star Atlas are indirectly or directly linked to the other members of our community. This happens due to the many necessary interactions that will be present in the game loops of our metaverse, such as crafting, trading, fighting, conquering, etc.

All of those interactions work under a specific order which establishes, for example, lawful behavior in terms of faction interactions, sanctioned goods in terms of trading, taxes, and policies, and even meta activities related to Star Atlas project development.

This overarching dimension of Star Atlas is politics, where individuals, DACs, factions, and all sorts of groups fight to forward their agendas for the galaxy, and now their battlefield is about to be released.

We are talking, of course, about the Star Atlas DAO.

One might say that the Star Atlas DAO is the jewel of the Star Atlas crown. It represents the fundamental ethos of the community: giving power to the people while serving as a very entertaining and essential gameplay feature that provides economic incentives and overall project governance.

To understand the Star Atlas DAO, first we need to understand the macro framework of Star Atlas. Our project works with two different tokens. The first is ATLAS, the transactional token of our ecosystem, which serves as in-game currency, and is responsible for providing liquidity to the game operations, allowing players to pay and receive value for the goods and services they provide inside the ecosystem. ATLAS will serve you in your metaverse activities, from allowing you to purchase the fleet that will defend your home worlds and friends to paying for contractors to build and provide the services you need to thrive in the galaxy. In addition, ATLAS has infinite use cases as necessary in-game currency, enabling you to be paid for your in-game activities and services to others. It is the lifeblood of the Star Atlas metaverse.

The second token is POLIS. If ATLAS corresponds to the pulsating life in the veins of our metaverse, POLIS is the brain that organizes and directs the limits of every organ in our metaverse body. The POLIS token’s leading utility is the expression of political rights inside the Star Atlas metaverse. It has a fixed supply of 360,000,000 tokens and allows players that lock them within the DAO Framework to accrue rewards in more POLIS and to vote on proposals that affect the fabric of the various layers of political governance inside the Star Atlas metaverse.

This is the fundamental mission of the Star Atlas DAO: to create an engaging framework for those who love politics — and even more, the very metaverse of Star Atlas — to discuss and vote on proposals necessary for developing and controlling the galaxy’s many institutions.

The DAO jurisdiction extends to three different levels of power:

Aside from the Star Atlas DAO, which is open to every holder of POLIS, the other DAOs require players to have localized commitments to participate in their politics. For example, only Ustur holders will be allowed to participate in the Ustur DAO, and only land owners of a particular stellar system will be entitled to vote on said system decisions.

Our player guilds, or DACs, have a special place in Star Atlas. They will have their own unique set of web3 infrastructure to interact with members, and will likely participate in many of the external DAO structures, possibly even controlling entire regions in space.

An interesting key feature of the Star Atlas DAO is the POLIS locker. The locker is the fundamental piece of the DAO framework, and it emphasizes the utility and importance of POLIS governance powers.

Voting weight in the DAO — called “PVP” for POLIS voting power — is determined not only by the quantity of POLIS held but also by the amount of time it is locked. The POLIS locker allows a participant to lock POLIS for different time frames, generating a PVP multiplier in the Star Atlas DAO. This way, the community members focused on the long term wield more impact than a short-term participant, even if they are locking the same number of POLIS.

We envision that voting members with a passion and long-term view of the game will not only be active players but overall will work as watchers and eventually builders of the broader vision for the Star Atlas metaverse.

Another important feature of locking POLIS is accruing rewards to incentivize greater participation in governance. The DAO lockers will receive rewards in POLIS, allowing them to increase their political power or use their rewards however they see fit. It is likely in the future that participation in voting will be a core requirement and variable in determining total voting weight, as well.

As the Star Atlas DAO matures, it is designed to become an immersive version of a political senate, with representations of its many layers in the form of planets, stellar systems, and seats of power across our metaverse. This will allow players interested in political careers to engage in discussions and political rulings that will shape the future of the metaverse of Star Atlas.

In the near future, ATMTA will publish, on behalf of the Star Atlas DAO, a document that details how together we will ensure Star Atlas achieves sustainable decentralization and has the strong foundations of a player-run government. The document is intended to kick off a broader, iterative dialogue with the entire community.

In addition, as a community, we will draft a Star Atlas Constitution — a governing document for the social layers of the DAO. We will also shape the parameters of the Star Atlas Council — a set of elected representatives who will shepherd the proposal drafting and submission process.

Proposals for new legislation will require a POLIS Improvement Proposal (PIP) to provide information to the Star Atlas community about proposed new features, processes, or changes to the Star Atlas metaverse. PIPs are based on similar documents in other protocols such as Bitcoin’s BIPs and Ethereum’s EIPs, which are design documents that provide concise technical specifications and rationale for a feature.

PIP authors are responsible for building consensus within the community, documenting dissenting opinions, and shepherding the PIP through the on-chain voting process. PIPs are intended to be the primary method that community members will propose new features and provide feedback, and will be a prerequisite step before governance vote.

ATMTA will soon circulate a draft version of PIP-1, which outlines the process of drafting, proposing, and seeing a PIP through the entire voting process. PIP-1 will quickly be followed by other PIPs that solidify the governance framework and administrative needs of the Star Atlas DAO.

The initial version of the DAO’s governance mechanism will be focused on POLIS locking and rewards, with ATLAS locking coming next, followed by live governance proposals.

As the DAO matures, members will have the power to govern over a wide range of issues, activities, and development. These include:

Eventually, members will also get to vote on things like the rules regulating lower-tier DAOs, protocol upgrades, and emergency actions.

As part of the DAO’s mandate, the DAO imposes a tax — in the form of operational costs for activities, i.e. resource consumption — on all in-game economic activity. Since the launch of SCORE in December of 2021, the DAO treasury has received over 200 million ATLAS from the sale of in-game resources. The DAO also will receive revenue from taxes on future in-game activities.

ATMTA is currently safeguarding the DAO’s treasury, which will be deposited into a multisig, on-chain treasury once audits and security checks are complete.

The DAO has full control over its treasury. It could, through on-chain governance, vote to use the treasury funds for any number of purposes, including but not limited to:

In a metaverse where cooperation is key to achieving every major objective, everything starts and ends with politics. Those ready to embrace the representation of their world, guilds, and factions should be aware of facing one of the most exciting and complex political systems ever developed inside a game.

Our politicians will need to deal with the pressure of enormous DACs, a multilayered political ecosystem that consists of hundreds of different political entities, and the very responsibility of protecting and forwarding the interests of the citizens of your factions.

Our POLIS-powered politicians will need to raise their proposals and cast their votes while working with players with competing, and in some cases, diametrically opposed interests.

The path to power will be available to those who understand the role of POLIS.

One thing is clear even now: Those who rule the DAO, rule the galaxy.

How to lock your POLIS

Step 2. Connect your wallet to see the POLIS balance

Step 3. Ensure you have at least 0.15 SOL for operation

Step 7. Confirm lock details. There is no early unlock until the lock expires!

Step 8. Confirm the transaction in your wallet Come back on August 2 to start claiming rewards

You can also watch this how-to video.

Most of the information will be available here on the locker site, but you can find more on our Knowledge Base.

The New Galactic Marketplace — A Small Step for Trading, a Huge Leap For The Star Atlas Metaverse 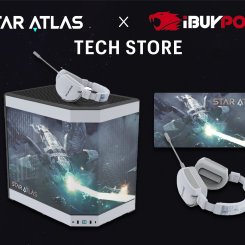