Holders of full Tiers of Meta-Posters now have a path to claiming in-game metaverse NFTs, including state-of-the-art intergalactic spaceships and Tigu.

As a genesis moment for next-gen metaverse gaming experiences, Star Atlas offered its community worldwide an opportunity to take part in the inaugural journey with the release of a series of 14 ReBirth Meta-Poster experiences between April 24 and July 24 2021.

The collection blurred the lines between the real and the virtual, the present and the future, and brought mood-altering AR experiences with interstellar collaborations by world’s top talent such as deadmau5, Blond:ish, Jason Silva, The Fabricant and many others.

Collecting Meta-Posters also meant unlocking a treasure chest of exclusive metaverse rewards and perks, obtained by holding increasingly valuable Meta-Posters up to the top of a given ReBirth Tier.

After the final ReBirth meta-poster experience, the time has come to drop bountiful rewards into wallets of eligible Meta-Poster owners. The drop will happen in two steps.

The drop will also include the rewards for the owners of the Legends Series’ Armstrong Forever meta-poster.

Users who have purchased ReBirth Meta-Posters from #1 to #5 on OpenSea are strongly encouraged to consolidate their meta-posters into a single wallet address in advance of the official snapshot date and migrate them to a Solana wallet through the Wormhole Bridge, which will be operational by mid-August.

OpenSea holders who don’t migrate their meta-posters to a Solana wallet on time will receive their assets on the original blockchain, however, they will need to migrate them through the Wormhole to take advantage of their further use.

In case of questions while preparing for the snapshot and drop, visit our Star Atlas Discord server for guidance and walkthrough with our community.

Owners of Meta-Poster Tier collections will remain eligible for surprise NFT drops and treats in the future. 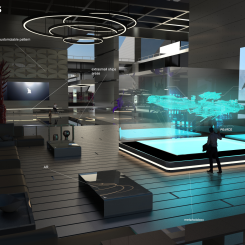