The blockchain metaverse built on Solana unveils further details on factions and gameplay mechanics, including a key framework for the intergalactic economy

After successfully releasing the inaugural blockchain gameplay experience in the Faction Fleet (codenamed SCORE) on December 17 and a subsequent Unreal Engine 5 Showroom module teaser on December 25, Star Atlas is on course for an interstellar 2022.

The newly released Faction Aligned Companies document deepens a player’s understanding of the galactic economy even further, outlining the three main factions and four minor ones, revealing faction-specific advantages and disadvantages, elaborating the importance of factional reputation, its key relationship to spaceship manufacturers, and finally the ability to create own ships based on acquired blueprints.

In a previous Roadmap Report, the team unveiled further details of an in-game module in development with the codename CREAM (Crafting Recipes Enabled After Mining), which expands the utility of ATLAS and fires up a booming economy with a fully on-chain gameplay loop.

Through deep space mining, constructing space stations, and establishing a supply chain to be able to craft intergalactic assets based on recipes and blueprints, players in CREAM are inspired to compete for resources and strategize on the cosmic frontier.

Building on that, the information unveiled in Faction Aligned Companies further expands a space explorer’s knowledge of the profound metaverse and its sophisticated ATLAS-based economy.

GAME ON: Pledge Your Ships for Factional Fleet Service in Star Atlas 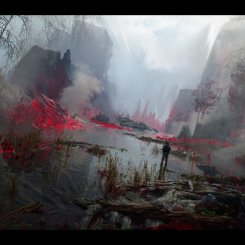